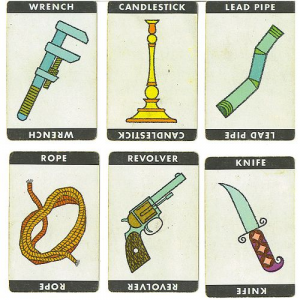 What kills an idea?  There are endless ways to murder one.  Here are my top 10 criminal acts that I’ve captured over the years running brainstorms.

An idea dies because (of) …

1.  A lack of courage.  Some ideas are so outrageous, provocative or unique that no one inside the organisation takes responsibility to own and nurture the idea.  Careers may have been lost because of fear, but more have excelled because they took a chance.

2.  It’s too risky.  In the history of civilisation, there has never been a Big Idea without risk.  When an idea is too good not to implement, plan and manage the risk rather than try to remove the risk altogether.

3.  It’s crushed by process.  It’s not uncommon to have a sizzling idea at the end of the brainstorm, but then The Committee – a mysterious group of experts who know better than everyone else – wrings the idea of its originality or imagination.  It’s always interesting to me that organisations want something consistent, but consumers want something different.

4.  It’s axed because of budget.  Not every Big Idea is expensive, but rather than brainstorm with the primary selection criteria as Cheapest, it’s more successful to focus on brainstorming the very best solutions.  Then, ask how the preferred ideas can be implemented on limited resources, such as scaling it to markets, or trialling it amongst a niche audience, or piloting an idea to a local market, to work out potential risks or implementation errors.  In other words, a full-scale roll-out of an idea is not the only way to implement.

5.  It’s mangled by the seller.  Some people are simply incapable of packaging an idea to make it attractive to the buyer.  It could be as simple as bad presentation skills and unreadable PowerPoint slides.  Other times the idea is sold to the organisation and not to the end user.  It should be pretty obvious that ideas sold only through rational thought will never carry emotional weight to the consumer.

6.  It’s solving the wrong problem.  Ideally, the only people who should be involved in brainstorming are the people – consumers, end users – who don’t have what they need to be more effective, efficient or happy.  The organisation frequently defines the problem through its own lens, and when they do, it’s painfully expensive to watch them implement the wrong idea for the wrong problem.  To me, this is entire essence of Design Thinking:  how do you know you’re solving the right problem.

8.  It’s suffocated by fear.  Whether it’s fear, ridicule or shyness, some people choose not to share their ideas aloud.  Or, the facilitator doesn’t encourage them to speak up and protect them.  Ideas not shared aren’t ideas.  Or, as the old turn of phrase goes:  A candle loses nothing by lighting another candle.

10.  It didn’t have a protector.  This summarises many of the points here.  Above all others, one point continues to resonate with me after a career in brainstorming.  The very best ideas need someone to protect them.  From the decision maker who’s never left their Ivory Tower.  From the devil’s advocate who is gracing you with their unconstructive negativity.  From the fearful who will do everything possible for prevent change.  Worse, all of them together alter the idea from a white-hot poker to a dead-cold ember, and you’re left with an idea that’s now mere damaged goods.  Don’t let that happen.  Fight for your very best ideas.

Any other ways you’ve seen ideas be killed in organisations?  What have you done to prevent it from happening?  Please add your comments below.